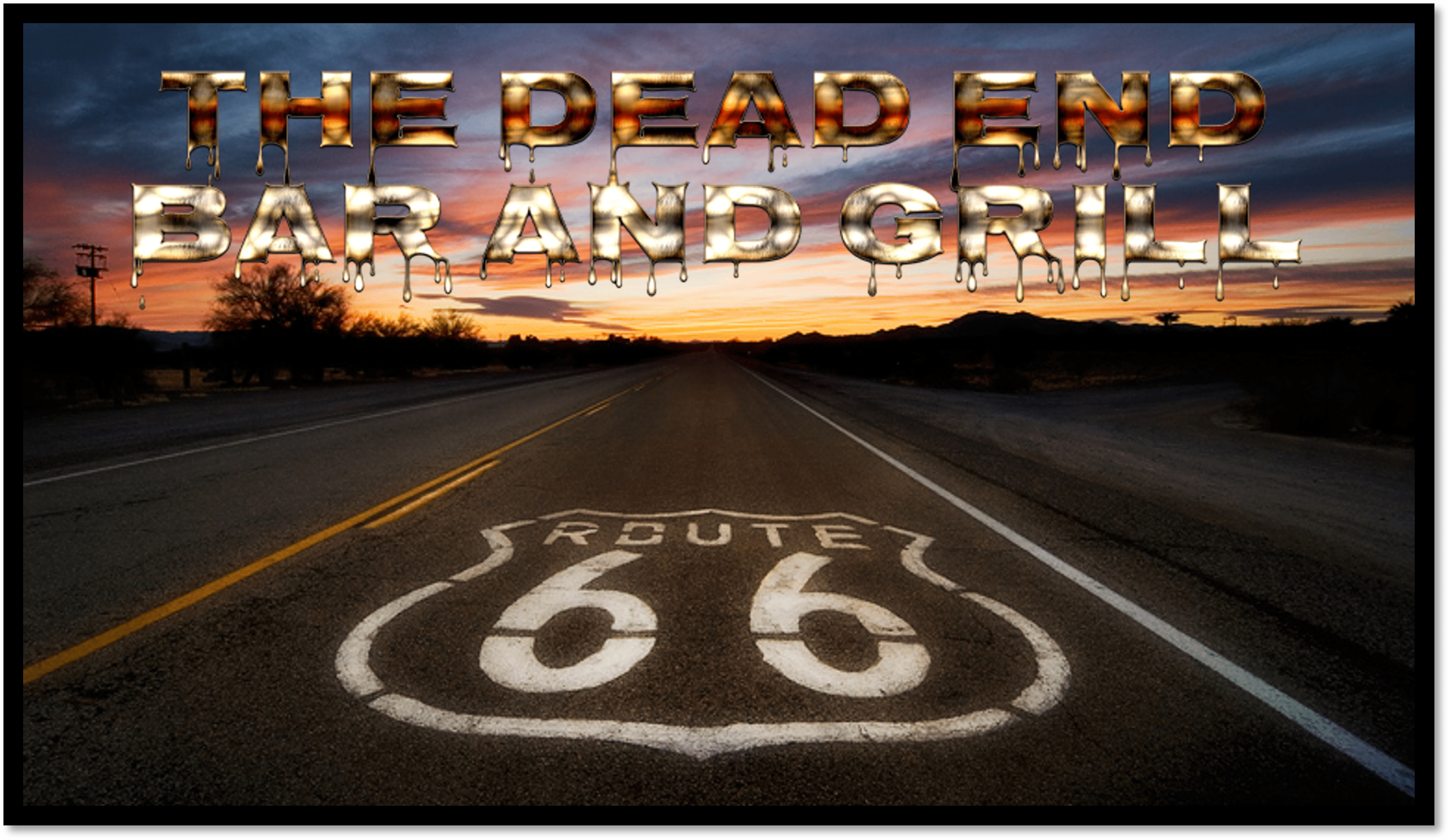 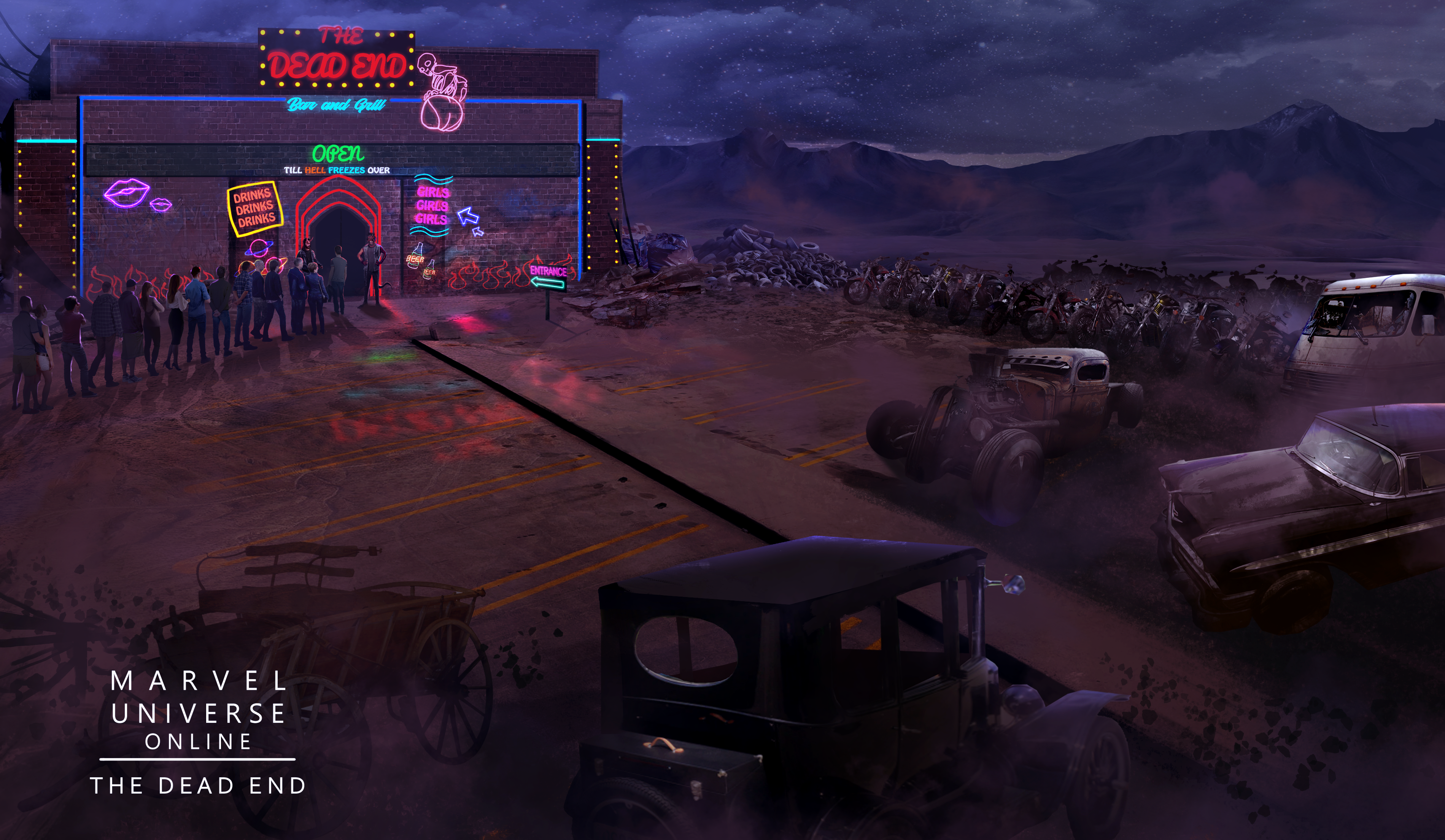 On an unfinished off ramp of old Route 66 in the middle of the desert is a bar that can only be seen by those sensitive to demonic possession.

The bar sits on mystical lay lines and is a gathering place for demons from all the hell dimensions.

The large parking lot is filled with all manner of abandoned cars, trucks, and motorcycles. The vehicles get older and older the closer you get to the entrance until eventually it‘s broken down horse-drawn wagons attached to dead horse skeletons.

Only Humans can enter through the front, demons enter from the restrooms.

Demons can only pass through the front entrance into the mortal world inside a human host. This is called “bronco busting” by demon regulars.

As a villain, you will try to gain favor with the demons inside by stealing a portion of the souls of the “guests” waiting outside, again don’t get caught by the Doormen or you too will find yourself in a pitch battle. The more souls you can spread around inside the bar, the more side missions you can unlock.

PvP – A hero freeing the “guests” is automatically flagged for PvP, the same goes for a villain stealing souls. If the battle is engaged while a demon is trying to escape, he will automatically help the one with less health, regularly switching sides until one is defeated. The defeated hero or villain is possessed by the demon and is forced out of the zone on a 5-minute cool down timer.

Missions Givers (Waitresses) – There are four demon waitresses (three shown) that give the four parts of the “Follow the Riders” mission.

Each requires you to trace the path taken by one of the four Hell Riders in their mission to close a dimensional rift and defeat the demons that have passed through. As a hero, you will aid the Rider in his mission, but as a villain, you will help the demons defeat the Rider and solidify the rift into a portal to that particular hell. 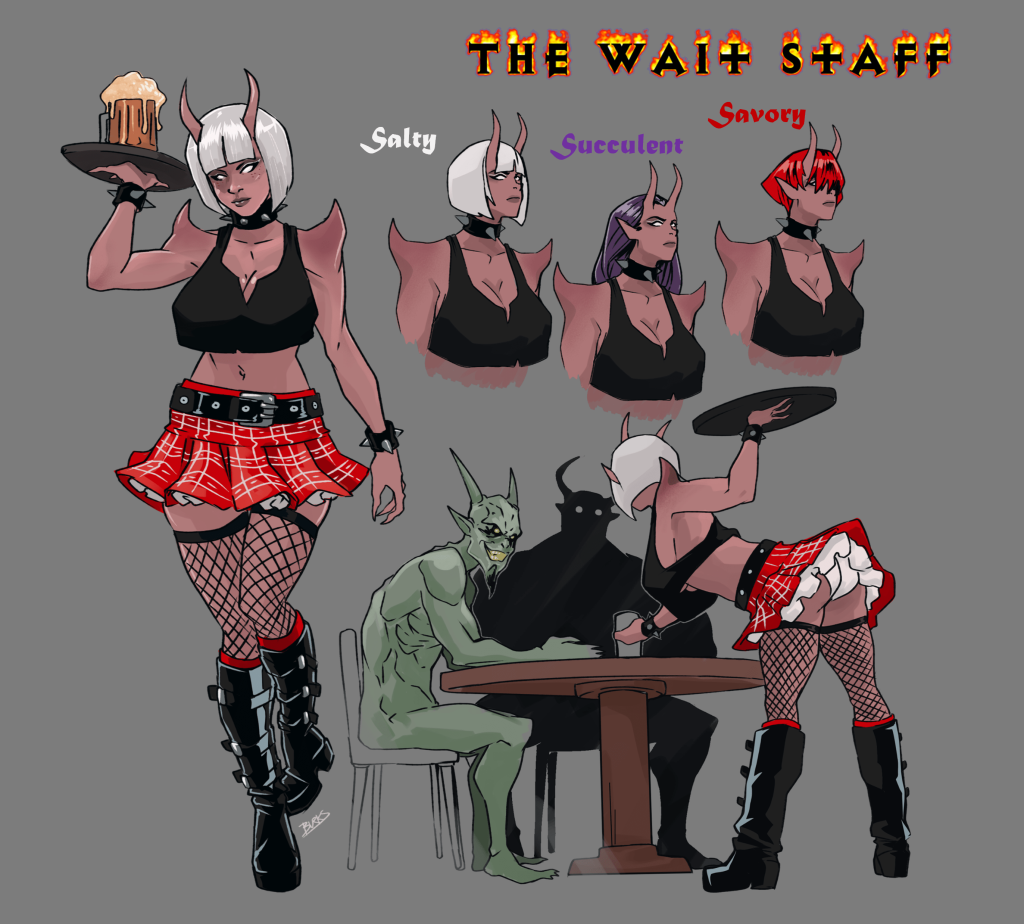 Mission Givers (Lavern and Mac) – Lavern, the demon bartender is fallen angel and will give the player regular missions involving demons from non-god realms. Mac is the cook and former general in Surtur’s army, will give players missions related to demons from god realms. Both are unlocked after completing the “Follow the Riders” mission. 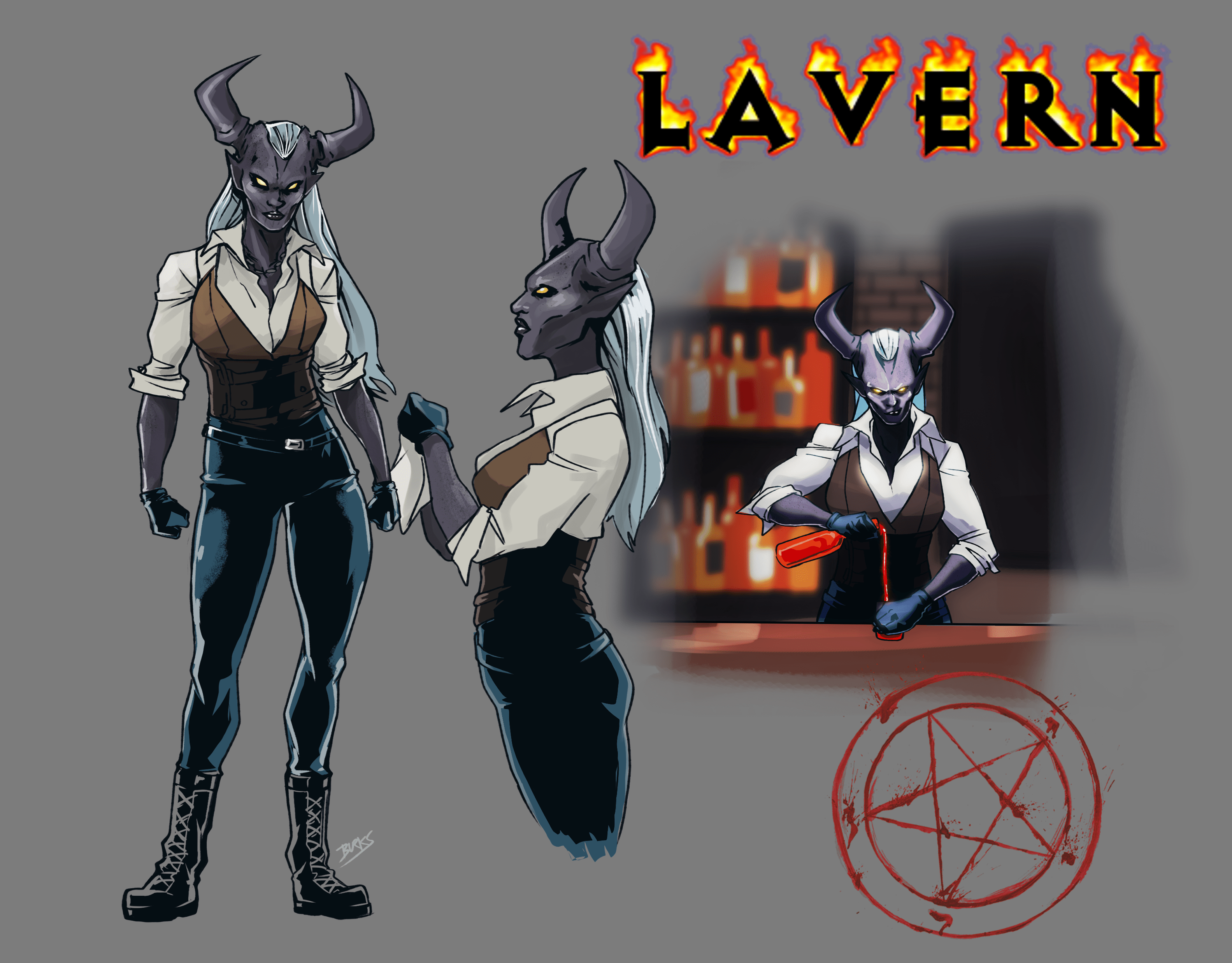 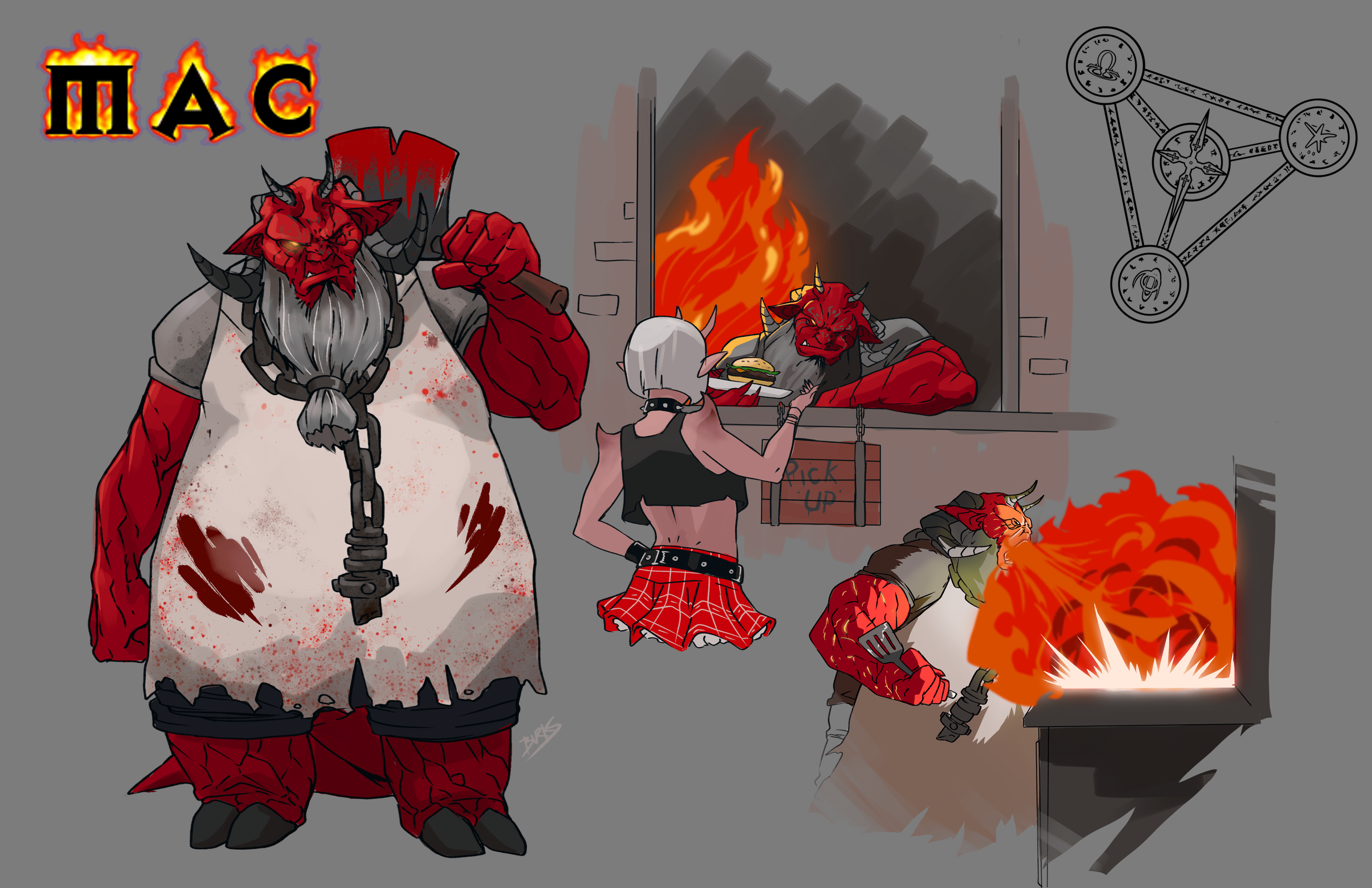 PvE– Demons cannot pass through the front entrance and into the mortal plane without possessing one of the human “guests”. As a hero, although you are powerless inside the bar, you can either use a psychic power to break the trance of the humans waiting to get in or try to stop the demon, now possessing a hosts from leaving the zone. Break too many trances and the Doormen (possessed by powerful demons) will try to stop you. Defeat them to regain the respect of the demons inside. 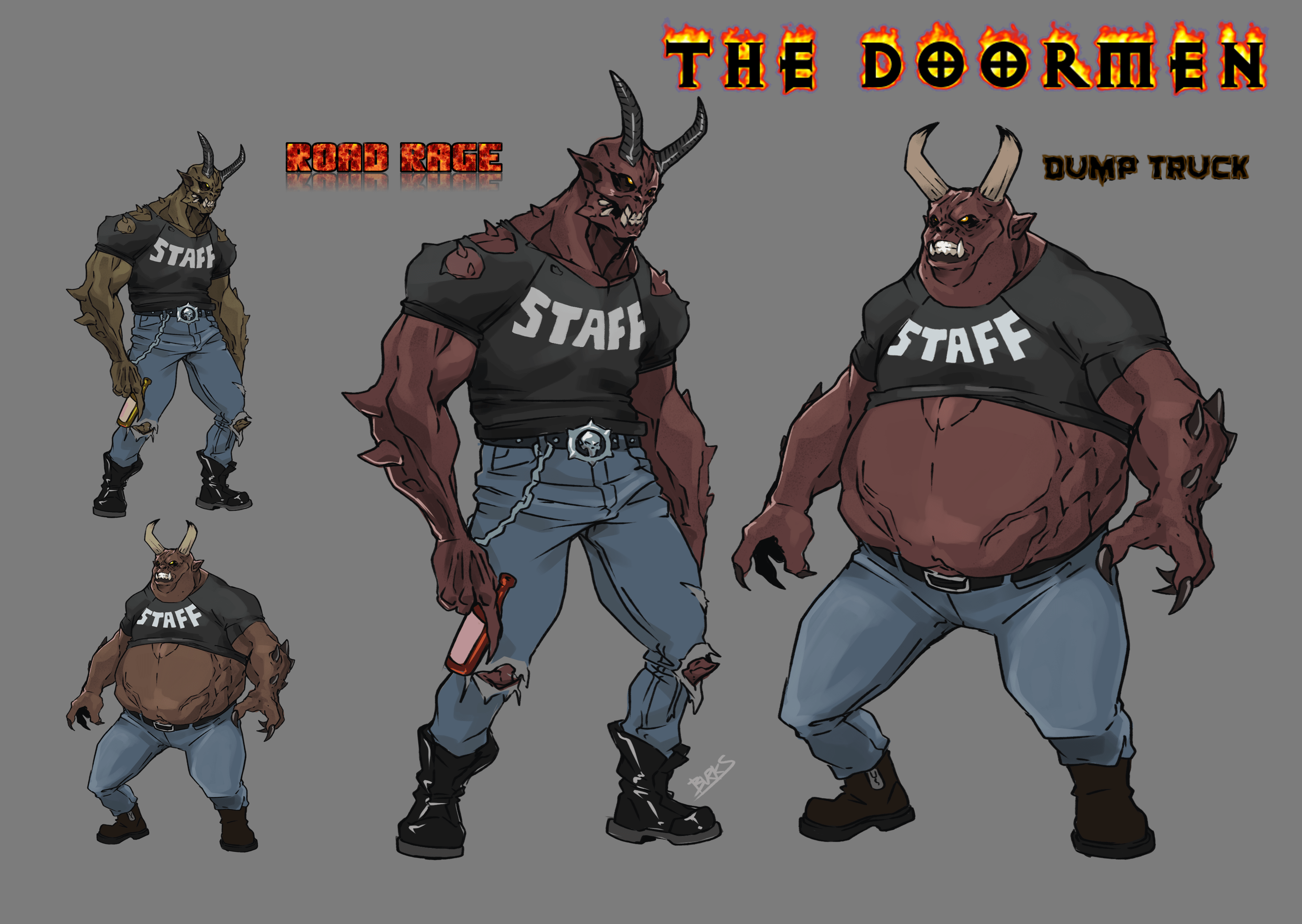