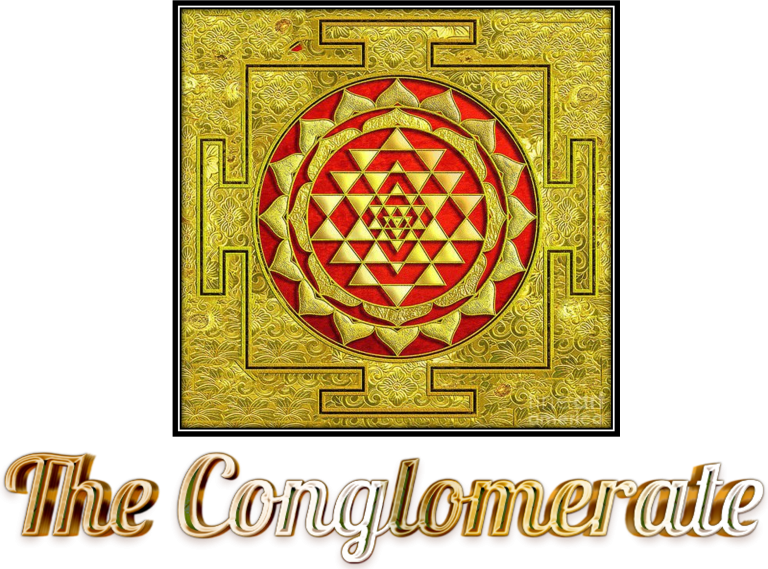 A loose affiliation of the most powerful corporations in the world, the members of each corporation meet at a secret vault of the Universal Bank in Bern, Switzerland to discuss the implications of the both the “Event” and the “Grand Solution”.

It was their legitimate representatives that lobbied the United Nations to implement an “Influence-based” form of currency used by members of the newly formed, superhero organization, The Initiative. Secretly, they also established a shadow version of this currency for the villainous counter-organization, The Cabal. The enigmatic head of the Universal Bank and silent member, Radjan Kubera is elected Chairman of the Board of Conglomerate operations. Each member will run their empires as they did before, but would concede authority to Kubera, who was the actual Hindu god of wealth, on matter of the Conglomerate. Kubera believed in the balance of Influence and Infamy and swore to destroy any corporation that threatened that balance. “Hero or villain, victory or defeat, the coin must flow!” 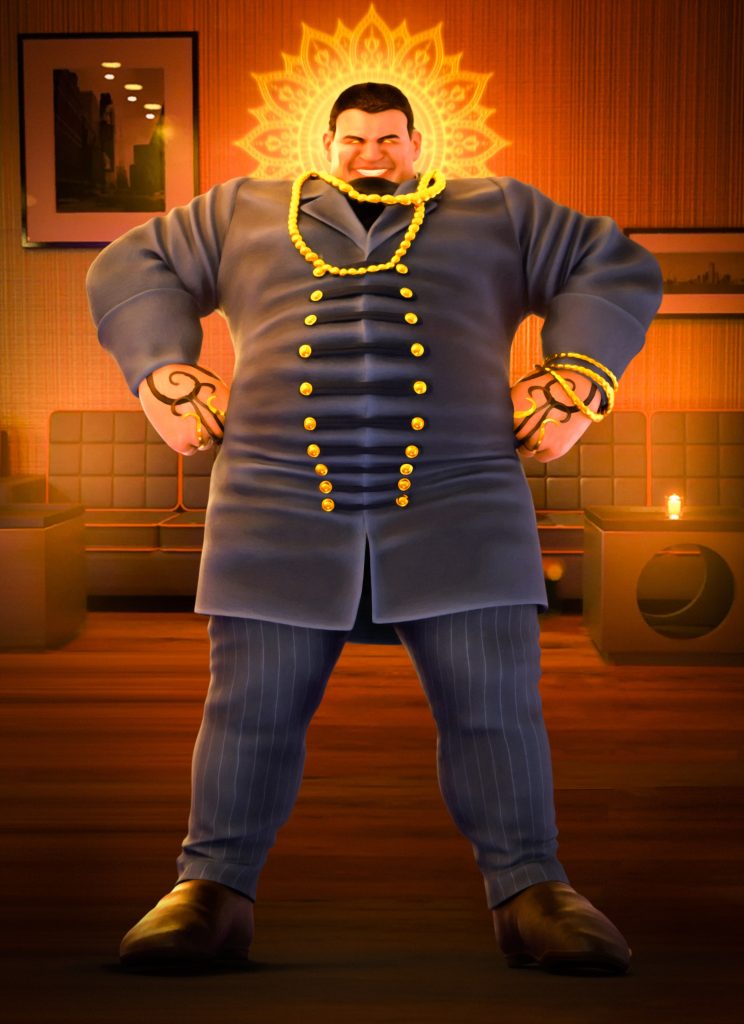 Fisk Industries is a leader in import/export, real estate, and investment banking not only within the greater New York area, but all along the eastern seaboard. It's President, Wilson Fisk is considered a street-wise, cut-throat businessman even before becoming the alleged "Kingpin of Crime"

On book, Stane International is diversified in biochemical R&D, Defense Contracting, and Advanced AI. Off book, the company develops chemical, biological, and cyber weapons for the highest bidder. It's CEO Zeke Stane is a rarely-seen enigma that operates off the grid.

Founded in tech R&D, Cross Technologies moved into advanced bio-mechanics and nano-tech. Rumored to be on his 6th heart and 2nd life, founder Darren Cross has suffered setbacks both personally and financially, but has bounced back to make CT a major player in the tech industry.

Second only to Stark Industries in weapons manufacturing, Hammer Industries started in the field of aerospace, moving into weapons, robotic, and advanced cybernetics. At nearly 90 years old, Justin Hammer is still a brilliant technical mind and a shrewd businessman.

The global leader in medical technologies, Yashida Corp is heavily involved in Japanese politics. Clan Yashida is also the most powerful Yakusa family in Japan, dealing in illegal exports of drugs and illicit mystical artifacts. It's CEO is also believed to be the new Silver Samurai

Although operating on four continents and sixty countries, OsCorp maintains a single headquarters in New York City. It's CEO and onetime favorite son Norman Osborn has had a tenuous relationship with New Yorks hero community, but has never the less, kept OsCorp a leader in chemical applications.

Shaw Industries is a multi-billion dollar trade and transportation corporation and is in the top five of the Fortune 500. CEO Sebastian Shaw is an eccentric and heads the exclusive Hell Fire Club, catering the mutant elite.

Originally Roxxon Oil, Roxxon O&E is considered the "Grand Daddy" of multinational corporations, with offices in 160 countries. Roxxon is the global leader in energy, both traditional and exotic. CEO Don Kaminski is the patriarch of the Roxxon Dynasty dating back over a century.

The upstart and direct rival to OsCorp, Alchemax can attribute it's success to it's head of R&D Tiberius Stone. Although the CEO of Alchemax Liz Allen-Osborn is the public face of the company, those in the inner circle knew it is Stone who has final word in the company structure.

HOW DO YOU TELL IF YOU'RE A GOOD HERO OR VILLAIN? IT'S ALL IN THE NUMBERS!

Has a local hero made positive impression in your life? The initiative has established a way for the average citizen to show their appreciation in the form of “Influence Coins“. Each citizen can sign up to receive 1000 digital coins a month at no costs. With them, you can help the Initiative tally how much a particular hero has impacted his community! 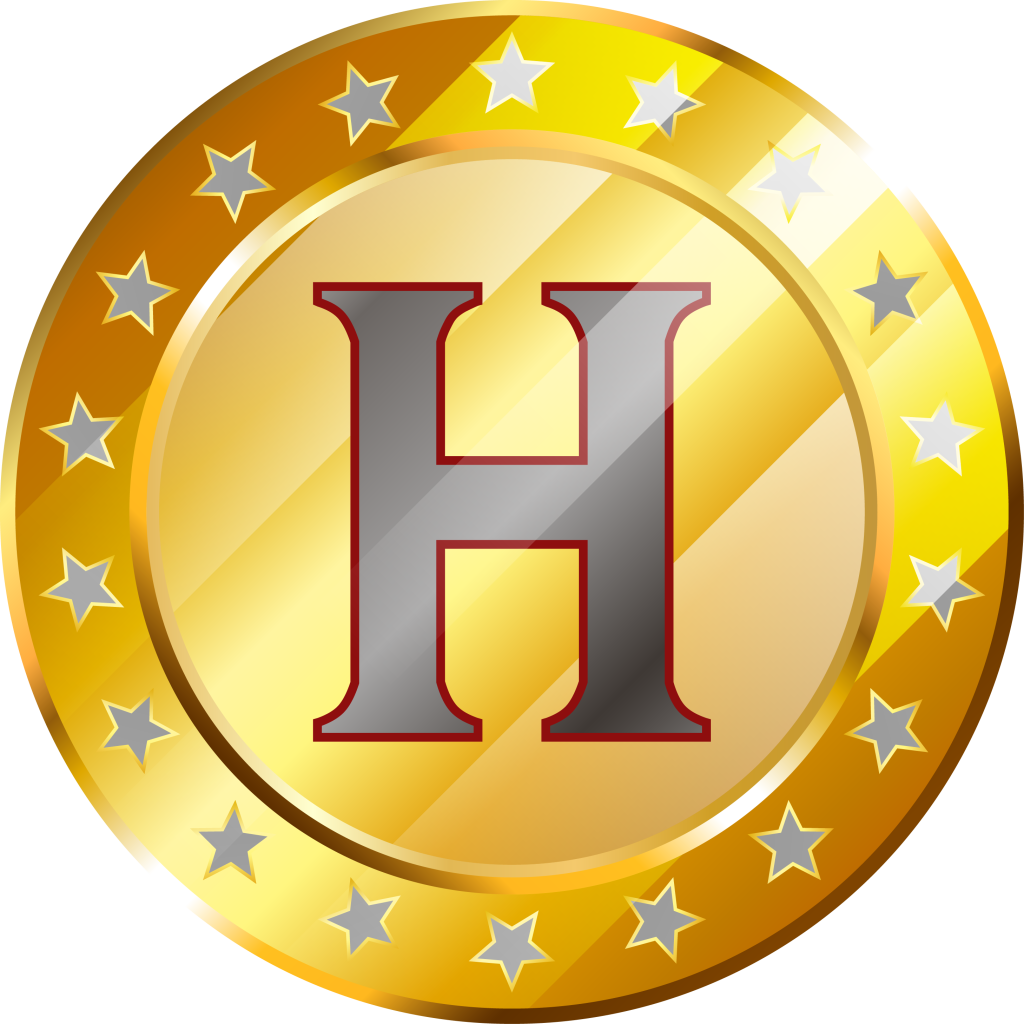 The Golden Coin of Heroism!

Influence, a colloquialism for the effectiveness of a hero to be a positively perceived by those he or she saves. The Initiatives has quantified this as a metric, adjusted for a hero’s level and the difficulty of any mission or operation they may undertake. This metric is assigned specific values that are translated onto a numerical scale.

The influence coin has no monetary value outside of the superhero community but is valued by heroes to trade for goods and services to aid them in being even more effective. Influence coins are not a physical currency but are traded as part of the Initiatives quantum encryption network.  This network is extended to all trainers and field contacts who have been properly vetted. Although untradeable, influence is earned by nearly any act that either saves a life or improves the hero and promotes higher-level heroes to take on lower-level heroes as “sidekicks” to help them advance their careers.

The Black Coin of Villainy!

The hustle has changed since the “Event” and now the Cabal call all the shots in the villain business. You want to rob a bank, you pay the Cabal, you want to put out a hit, you pay the Cabal. Moving up in the supervillain game is all about getting green-lit by the Cabal and has com to be called the “Ladder”. The only currency that moves you up the ladder is the black coin of infamy. You want to build a death ray or hire some quality henchmen, you better make sure you got enough coin, Now the Cabal makes sure you’re taken care of too, how else do you get somebody to give up a sweet bank haul or a jewelry heist? They built the perfect scam and you’re either on the ladder or under the ground! 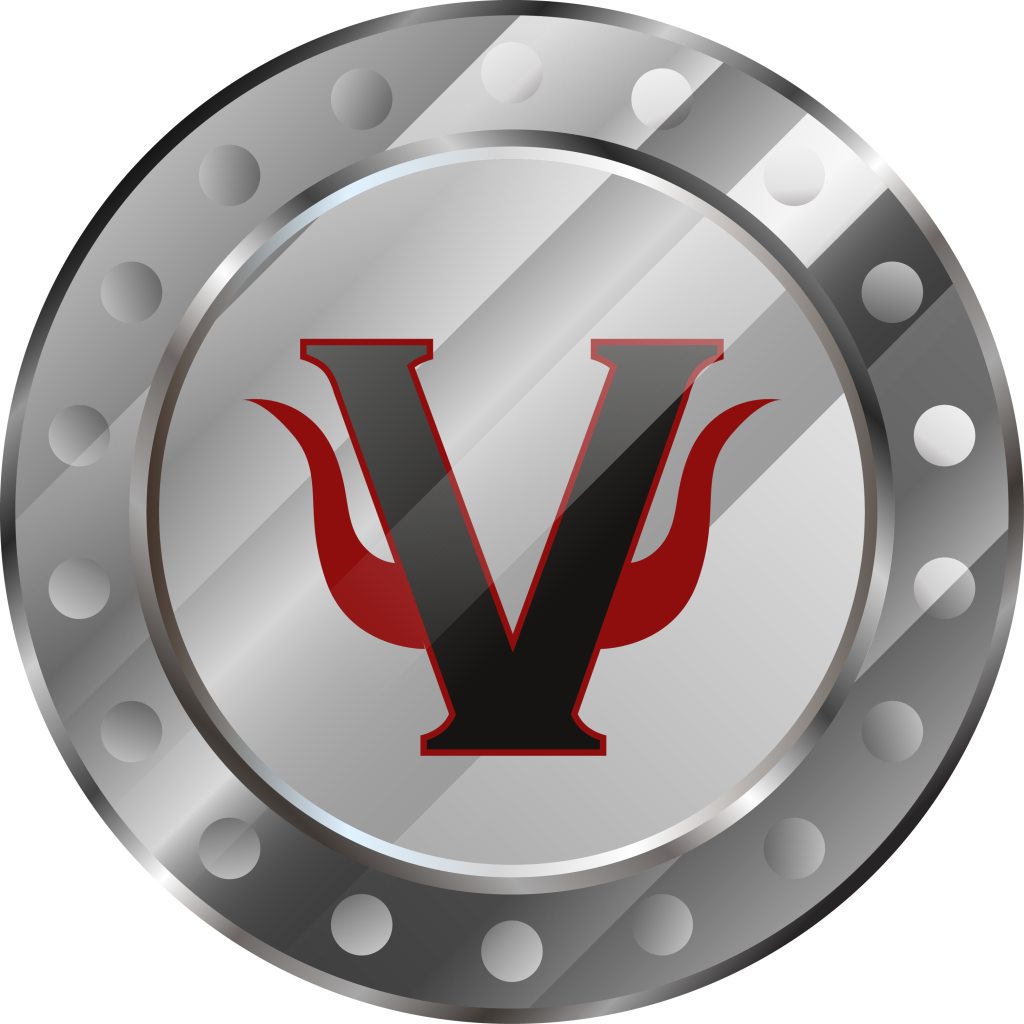 In the old days, to rob a bank, you get in, get out, and go home a little richer or go to jail a lot poorer. These days, the Cabal insists everyone do it with style! That means if you want an easier time breaking bad, you’ve got to cause a little chaos! The more of a ruckus, the more “Infamy Coins” you earn. That means more respect than a pillow case full of hundreds! 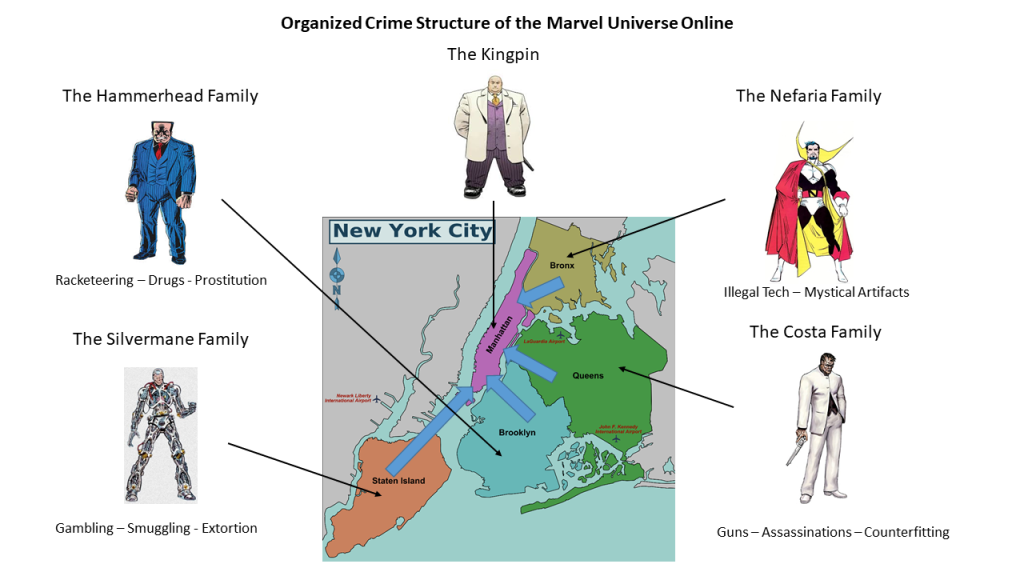 Wilson Fisk aka “The Kingpin” has solidified his power-base in New York like never before. With the help of the Cabal and the Conglomerate, Kingpin has linked all of New Yorks underworld into the largest organized criminal syndicate in the Western hemisphere. With the “Event” making New York City, arguably the center of the universe, Kingpin has taken the opportunity to become it’s gatekeeper!