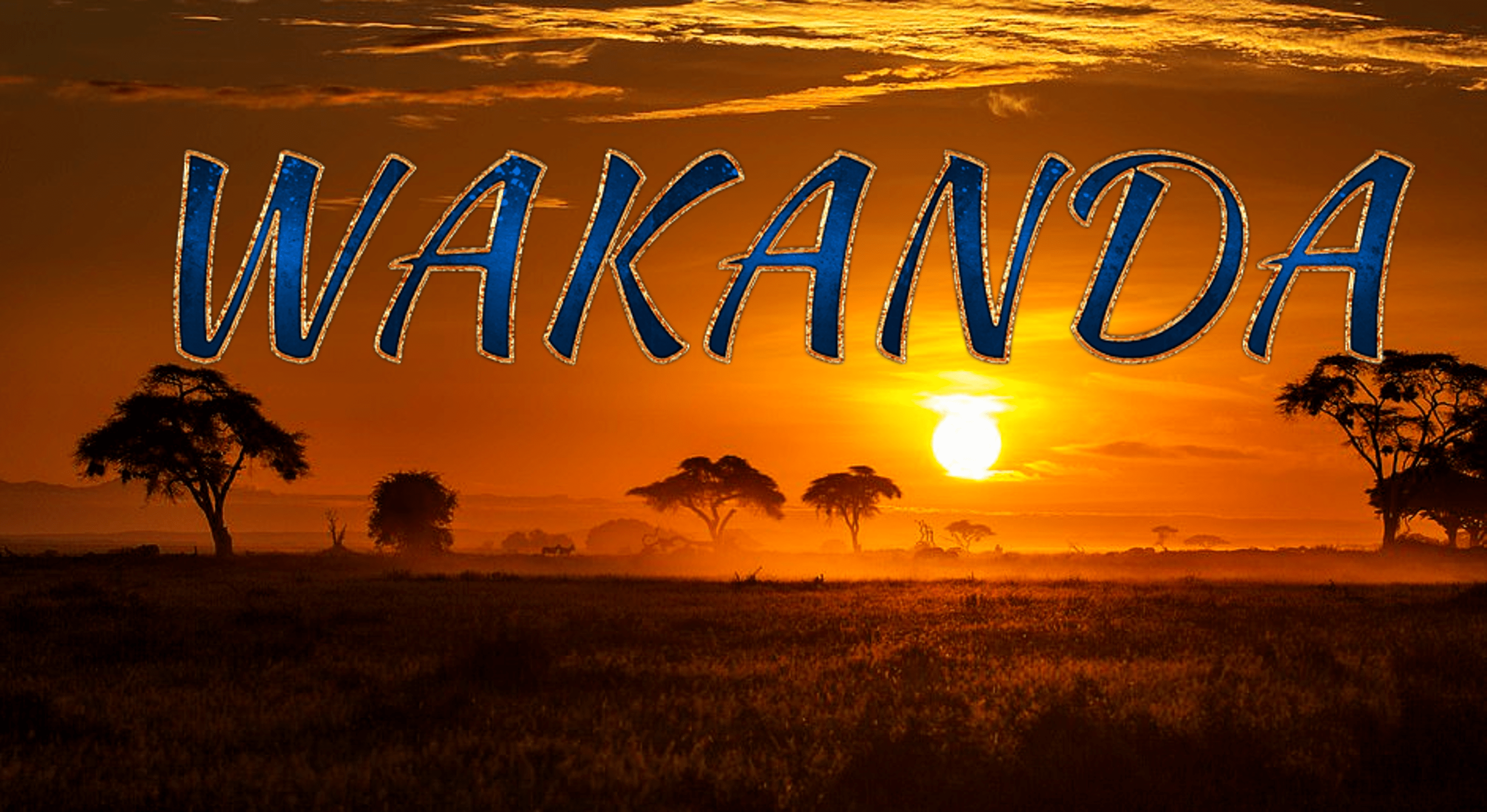 Of all the modern nations on Earth, Wakanda was hit hardest by the global Civil War, having been the deciding vote in the ratification of the Superhuman Registration Act, many of its newly powered tribes felt they did not have a say in the ultimate decision. Many tribes, who were now majority powered, rebelled against the ruling Panther tribe. At the same time, on the god plane, the Panther god Bast stood alone in defending the now weakened barrier between the realm of gods and man from the forces of other African gods wishing to usurp her claim to Wakanda. The battle was pitched, but the outcome was never in doubt and when Bast fell, the Pantheon Wars came to Wakanda.

Some used lost idols, ancient bloodlines, or outright possession to entice Wakandans to become avatars of Vodū Pantheon. Through their avatars, the gods of the Vodū sought to purge the Spirit of Bast from the land of Wakanda and many of the other tribes, seeing this as a way to humble to Panther royalty were happy to help. By the end of the wars, Wakanda was devastated, with thousands of lives lost and property damage in the billions. Bast pleaded her case before the Vishanti and was granted her claim to Wakanda but would not prevent the Wakandan people from accepting freely given powers from other pantheons. On Earth, the Panther tribe agreed to more open power sharing with the tribal council on national matters. Their first joint legislation was to allow the International Office of Damage Control to aid in the reconstruction of the nation’s infrastructure. Damage Control was one of the first outside entities to establish an official presence in Wakanda. As part of the agreement with the tribal council, the role of the Black Panther would become as a representative of the Wakandan people to the world. As such, King T’challa abdicated the thrown to his sister Shuri to become a founding member of the Initiative.  Plans are in the works to establish an Initiative training facility in Wakanda, open to the world. There is a level of cautious optimism about allowing more and more outside influence into the once isolated nation, but Queen Shuri believes it is time for Wakanda to become a leader in the new global future!

Primary Villains – The Serengeti Society a global network of poachers in the guise of a wildlife conservation group. Founded by Sergei Kravinoff aka Kraven the Hunter, the organization of big game hunters seek to control the natural resources of the African Continent for their own gains.

NPCs – Wakandan citizens represent their tribes in their fashion, with the more well-to-do sporting more traditional dress, while the middle class tend to blend modern urban style with distinct Wakandan accents. The rural classes tend to shy away from the technologies of the city and tend to dress in more common garbs. With more influence from the outside, there is a growing “Afropunk” subculture. Wakandan Rave parties are said to be some of the wildest on the continent. 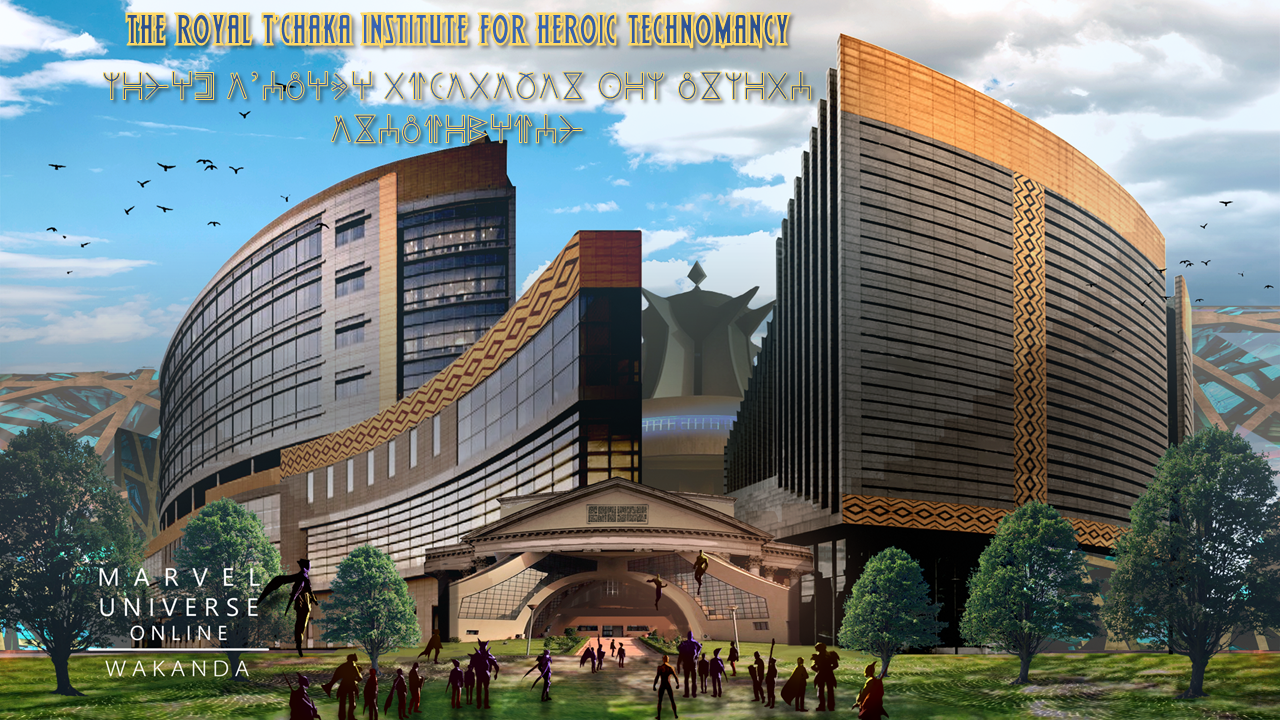 Many tribal leaders in Wakanda opposed Queen Shuri’s decision to open Wakanda to the outside world. To appease their fears, she reestablished the Hatut Zeraze (Dogs of War) to keep close watch on the new heroes operating in Wakanda. Every new player in the Wakanda zone will be escorted by a War Dog and guided by them through the training process. Once training is completed, the player character is certified as an “Agent of Wakanda” with full rights and privileges to perform hero work.

NPC citizens will be instinctively distrustful of player characters, so performing heroic acts is even more important to unlocking missions. The zone is under constant threat from villains seeking to steal Vibranium or Wakandan technology. The main villain group, The Serengeti Society is constantly trying to sow discord among the tribes that players will have to resolve. Although there is practically no street crime in Wakanda, tribal factions unwilling to accept change will seek to disrupt the daily lives of Wakandans to discredit the Queen and frame the outsiders as a threat.

Graduation Tool: Solid Sound Emitter This wrist-mounted device utilized Vibranium technology to create solid sound constructs. The device is low power and can only create with a shield (Smashing/Piercing Def) or a spear (Piercing Attack), although the configuration is customizable by the player.

Zone Event: Klaws Revenge! Before his death, mortal enemy of the Black Panther and Wakanda, Ulysses Klaw discovered a way to copy the pattern of his sound form into a device to recreate himself. Activated upon his death, the device proved to be defective and the copies it created were quite insane. Villains wishing to cause havoc in Wakanda can steal the device from a high security vault and activate it in the Vibranium mines. The resonate energy from the mine will spawn copies of Klaw across the zone! Heroes will have to fight the “Klaw Klones” to protect citizens. Stealing the device triggers a PvP flag and the villain must hide the device and escape to get full credit. Any hero who intercepts the villain and defeats him before he can activate the device gets full credit or half credit for finding and deactivating the device, ending the zone event.